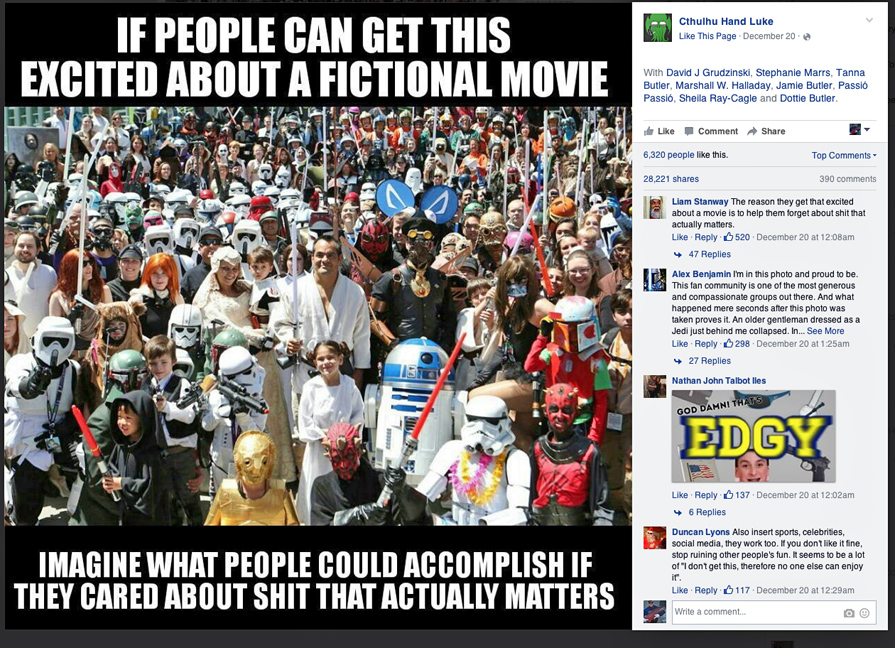 Now this goes along with that last post where I ask, "Can humans agree on anything?".  Obviously the person who made this depiction of a lot of humans getting excited about a fictional movie was making the point that Homo sapiens (i.e., the wise ones) may not be so wise when it comes to expending much of their energies on trivial matters.  And as is often the case with you humans, there were plenty of disagreement over their assertion.

Being a fish, I will say this - when comparing you humans with us less-rational animals, that vast majority of the energy we expend is to merely exist.  But, the majority of energy (and this includes fossil fuel energy that allows you to move about freely) that you expend is for two things; 1) pleasure and 2) to protect you from yourselves (e.g., militaries, law enforcement and more recently counter terrorism efforts).  Some day in the near future, I'll discuss the latter reason by asking, "Is it really necessary?".