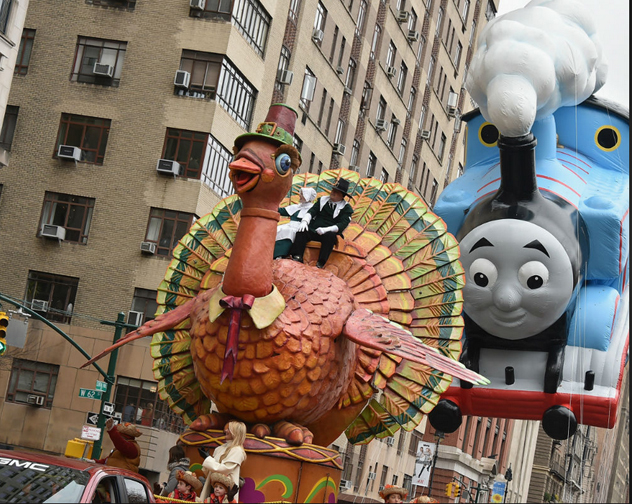 It was only two posts ago that I noted how you humans spend vast amounts of energy pursuing pleasurable things and protecting yourselves from yourselves...both of which contribute to the generation of CO2.

Now don't get me wrong, it's great to have fun every now and then.  And who doesn't love a parade?  We fishes even have our own parades at times - for instance, anadromous fishes like salmon will parade back to their anscestal spawning grounds by the millions some times.  What a fun time that is!

I do wonder how much money is spent every year on such lavish events like the Macy's Day Parade or the Rose Parade in Pasadena.  Is there some way you could scale those back just a little and put that money towards causes where humans are hurting?

I hope to drive the point home about the other topic noted in the title - that you spend amazing amounts of money and energy on protecting yourselves from yourselves; something that I think is totally senseless and unnecessary if you would only get along better.  But then again, I'm just a fish.

Think about it - at Macy's Parade in New York City they had 3,000 cops, some with bomb sniffing dogs and assault rifles...not to mention the radiation detectors!  Radiation detectors...what does that tell you?  That's a scary thing!

And then 80 sanitation trucks filled with sand to act as barriers for some heinous act.

I hope some day that you, as a species, will follow the advice of John Lennon...I can only Imagine. 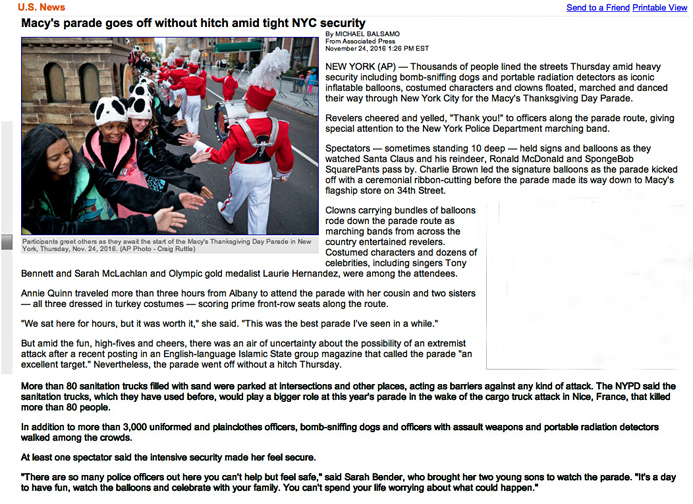