Some Of My Many Failed Attempts To Find Help To Get A Huge Environmental Message Out Either Through A Book Or Now A Movie...Which Is A Major Theme Of The Proposed Movie

I've included here many of the letters I've written, or videos I've made, with the hope of enticing someone talented to help me get this big-picture, paradigm-shifting message out to the masses.  Well over a decade ago I started by trying to write a book that went nowhere - I've never had a penchant for prose.  Truth be told, I hate to write more than anything; the only reason I'm putting myself through this agony is for the fishes I care so much about, the environment, and for future generations that are going to be pissed over the lame legacy that we've left them (if they're still around).

That last sentence is key - I'm not in this for fame or fotrune; I'm just compelled, maybe in a perverse way, to make a difference.  That's why some day on this web site, you'll read about the significance of AFFF - or All For The F****** Fishes!

I gave up on the book idea years ago; you'll read why when I post my correspondences with Joe McGinniss and Rowan Jacobsen.

I've learned over the years that none of us are as smart as all of us.  It's going to take a team effort - maybe even a herculean effort - to get the message across that mankind must hear - but in a compelling and entertaining way; and one that's not lacking in humor for Oscar Wilde said, "If you're going to tell people the truth, make them laugh...otherwise they'll kill you!".

Here are my thoughts on what's needed to get such a message out.  First and foremost, it has to be truthful and realistic.  As good a movie as Avatar was, which had a huge environmental message, people cannot fully relate to blue fictitious characters (I actually know some people that didn't realize that it was all about protecting mother nature).  Secondly, it has to reach across the isle, it can't just preach to the choir.  It's got to be convincing enough to get many of the environmental naysayers to start paying more attention to the mounting environmental concerns - notably the loss of biological diversity and climate change; granted, no easy task!

The take-home message is that we, i.e., Homo sapiens which means "the wise ones", must wise up and somehow get in charge of ourselves psychologically (i.e., individually & collectively) and start living up to our name in order start living more sustainable and fruitful lives.

Keep in mind that half of the proposed movie's plot includes this seemingly futile search to find such help; that's, in part, why the protagonist's nickname is "The Don Quixote of Fish Biologists".  And it's in many of those rejections where a mixture of empathy and humor can be intertwined to get a compelling environmental message out...the likes of which has never been told before.

In the coming weeks, months, and years, I'll be posting letters to a portion of the people I wrote to, including some comical anecdotes, why I chose to write to them because there's a specific reason for each one, and some of the responses I might have been lucky enough to have received.  You'll note that it's a wide array of people, from comedians to serious environmental writers...and everything inbetween.  This may sound crazy, but the reason for that is the movie I envision will somehow incorporate all those things, because, life (including environmetnal concerns) is a mishmash of damndest species that ever inhabited this beautiful planet of ours.  Some of my attempts include: Tom Shadyac (director of Patch Adams, Ace Ventura:Pet Detective, The Nutty Professor, Bruce Almighty, & I Am), Fisher Stevens (director of The Cove & Before The Flood, Greg Mottola (director of Adventureland and Paul), Dr. Bruce Lipton (The Biology of Belief), Dr. Wayne Dyer (Wisdom of the Ages, Your Erroneous Zones, etc.), Sara Gruen (Water for Elephants), Carl Hiaasen (Double Whammy, Bad Monkey, Skinny Dip, Striptease), Richard Louv (Last Child In The Woods: Saving Our Children From Nature Deficit Disorder & Fly-Fishing for Sharks), John McPhee (Rising from the Plains, The Founding Fish, Coming into the Country), Joe McGinniss (Going to Extremes, The Selling of a President, The Rogue),  David James Duncan (My Story As Told By Water, The River Why), two-time Pulitzer Prize winner Jon Franklin who wrote Writing for Story: Craft Secrets of Dramatic Nonfiction, Stephen Dubner (Freakonomics & Super Freakonomics), and Tom Skerritt (actor in A River Runs Through It, M*A*S*H*, Top Gun, Picket Fences, and active in the environmentally-minded organization American Rivers)...just to name a few. 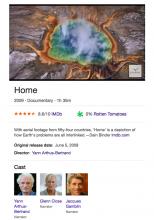 This inquiry was written back in 2012 to an organization that Glenn Close was involved with, three years after the movie Home was released.  Home was an environmental movie directed by Yann Arthus-Bertrand that had exquisite aerial pictures of either georgious natural places, or places devastated my homo sapiens.  It shows the diversity of life on earth and how humanity is threatening the ecological balance of the planet. 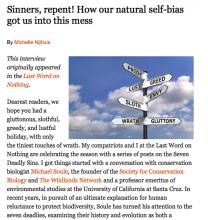 Back in November of 2012, I was transitioning from my ill-fated book attempt to my current potential pie in the sky movie endeavor.  I’d just read a book titled The Spine of the Continent by Mary Ellen Hannibal that featured the “most ambitious conservation effort ever undertaken.” It’s an effort to create connected wildlife habitats all the way from Mexico to the Yukon Territory - the length of North America - and is the brainchild Michael Soule who is conside 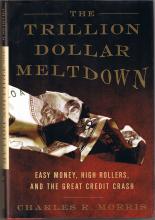 It’s been a lifelong mission to increase awareness as to the plight of aquatic resources, but so often it’s fallen on deaf ears…even among some biologists.  I’ve often asked myself what can I do differently to generate empathy for the fishes and spawn action?

For many years, I had hoped to get in touch with Garrison Keillor…for there are few storytellers as talented as he.  I tried contacting him while he was still actively involved in his long running show Prairie Home Companion, but had no success (if I can find that correspondence I’ll include it here at a later time). 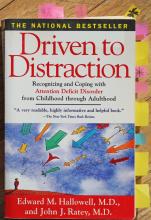 Have you ever done something or promoted a cause that you just knew there was no way it was going to fail…especially because you believed that your vision would align with someone else’s thinking or mission?  Only to find out that it didn’t!

I've known Tom for over thirty years, although not extremelly well.  But our paths crossed hundreds of times at the World Famous Cowboy Bar in Jackson Hole, Wyoming because that was our mutual hangout.  I've lived in Jackson two different times over my life, the first time from 1978 to about 1984, then from 1996 to 1998.  Between 1984 and 1996 I lived mostly in Pinedale only 77 miles to the south of Jackson; needless to say, I still made it back to "The Cowboy" on occassion.  Tom is originally from Nebraska, but like me moved to Jackson as a young man but has never left.

The Latest Effort To Find Help With A Killer Movie Treatment - Michael Lewis, Author of The Undoing Project

Here's my most recent attempt to find real help for getting the biggest environmental message out that mankind will ever hear. What I mean by "real help" is an accomplished screenwriter or a novelist who has had a feature film made from one or more of their books.