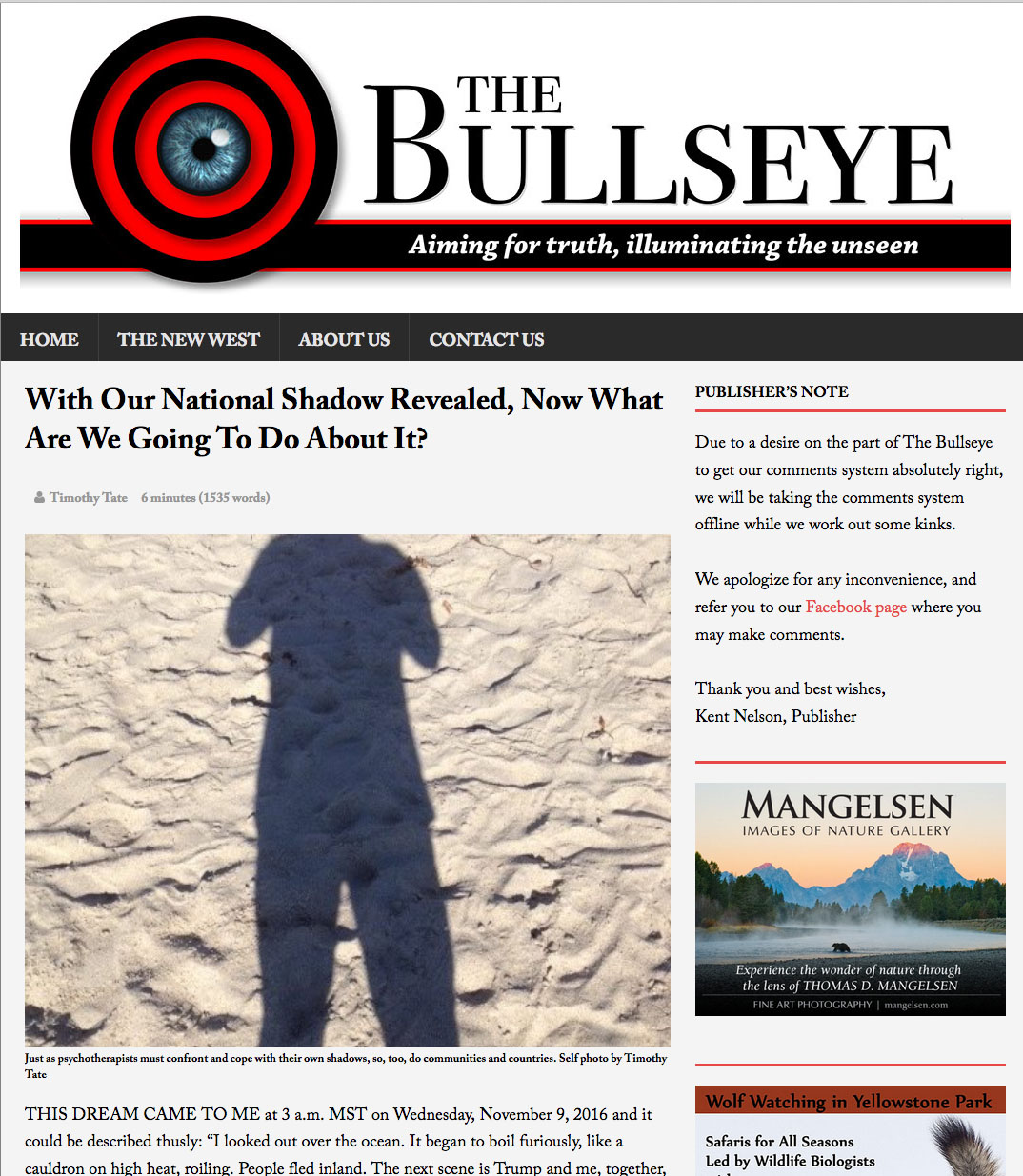 If you're not familiar with my writings (or rants), then you've never heard me proclaim the need for you humans to get in charge of yourselves - i.e., individually and collectively - psychologically in order to avert widespread ecological and social calamity.

I'm hoping here to explain what I mean by that.

I occassionally hang out with a fish biologist who is jokingly referred to as "the Don Quixote of Fish Biologists" by a couple of his older Fish & Wildlife Service cronies.

Consequently, I've given my fish biologist friend the nicknake of DQ.  There have been times when he's passed along my assertion that the monicker Homo sapiens (which means "the wise or rational ones") may not be as appropriate as you all think that it is.  And when you get defensive, he repeats my quote about the need to get in charge of yourselves psychologically.  They inevidently ask him what he, or I, mean by that.  Unfortunately, all too often he follows up with a rambling explanation that makes no sense to them...or even him at times.

Well, that gets a few wheels spinning.

Then he'll even quote a famous ecologist and environmentalist by the name of Aldo Leopold, who many of his colleagues are familiar with, but still a high proportion of them have a difficult time associating psychology with the environment.  Mr. Leopold expressed his frustation (which I can relate to!) over the human race's inability to come together and sort out environmental issues all the way back in 1947 when he penned The Ecological Conscience. Here's what he wrote:  I need a short name for what is lacking; I call it the ecological conscience.  Ecology is the science of communities, and the ecological conscience is therefore the ethics of community life.  I will define it further in terms of four case histories, which I think show the futility of trying to improve the face of the land without improving ourselves.

I recently came across an article that might shed light on what I mean, and interstingly enough, it deals with shadows and ridding yourselves of them.  It's from The Bullseye, an online forum dealing with environmental and cultural issues in and around the Greater Yellowstone Ecosystem.

Maybe not coincidentally, it's by a psychotherapist; some day you'll learn that psychology may be your only answer to figuring yourselves out enough so that you don't self destruct.  I'm hoping that this article by Timothy Tate goes a long way in explaining what I mean by your need to get in charge of yourselves psychologically.

As you think about all this psychobabble stuff, contemplate the words of Joseph Campbell:  "We're not on our journey to save the world but to save ourselves. But in doing that you save the world."  The Hero with a Thousand Faces

Please, I beg you all as a species - don't wait too long to seek the professional help that you desperately need!