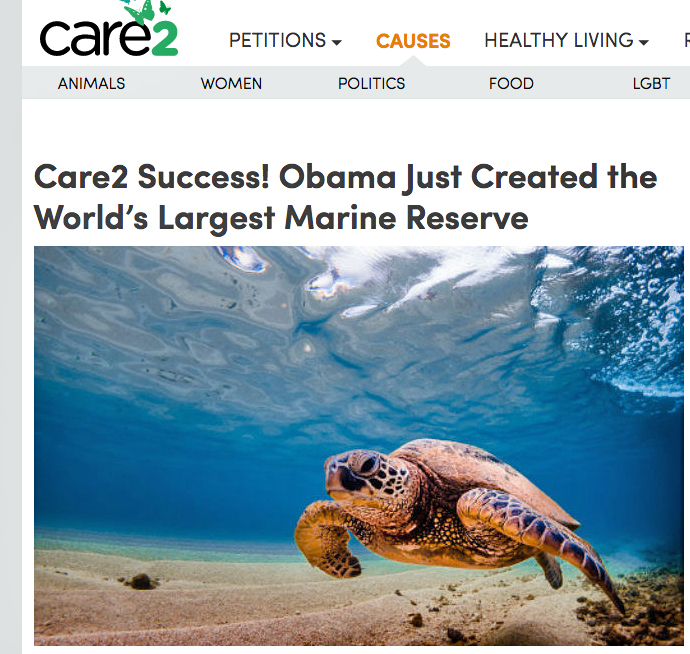 Here's the second uplifing post of the new year!  Unfortunatley, there's only going to be another few weeks before my blood pressure rises to where certain people will accuse me of being way too cynical about the events of the day.

But for now, let's enjoy what successes occurred last year.  Here's just one story that has to do with our oceans, soemthing I care deeply about! In August of 2016, President Obama announced that he would expand current ocean protections for the Papahānaumokuākea reserve, increasing the protected zone to 528,578 square miles — and making it the largest such site on Earth. This crucial step will protect the integrity of the marine habitat and help to safeguard several species from the threat of extinction, including some whales and sea turtles.