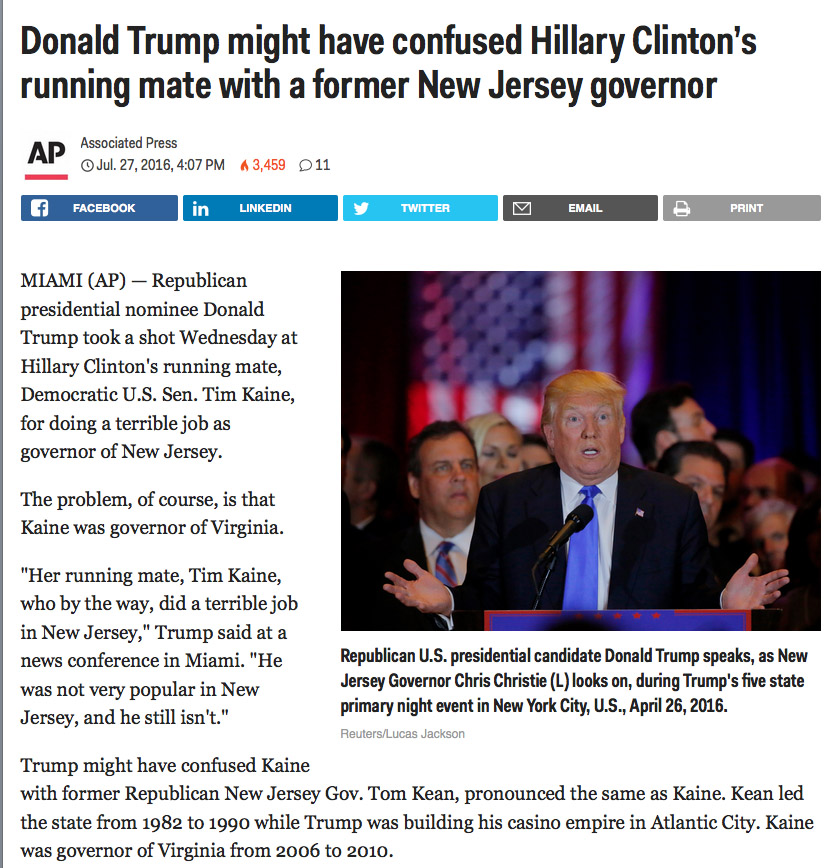 In order for something to be great…particularly the world’s most powerful country, it has to be run by sane individuals.  How bizarre are things getting in the good ol’ US of A?

It wasn’t long ago that the GOP’s Presidential debates were something of a farce; the name calling, etc. was not laudable but laughable.  It was the Democrats who gave the impression of a democracy in action with their civil near picture-perfect debates.  Now look how things have turned out for both sides, yet the common theme at both conventions is unity.

Let me tell you a little about unity, something we fishes know a great deal about because an entire school of fish can turn on a dime in unison in the blink of an eye when a dangerous situation presents itself.

You now are facing a plethora of threatening conundrums (e.g., domestic and external terrorism, an ever-increasing federal budget deficit, nuclear armament, climate change and ocean acidification)…not to mention that governing bodies like your Congress have an approval rating of less than 15%.

And then there is Hillary Clinton’s E-mail flap (not to mention the Debbie Wasserman Schultz fiasco), all of which is rather astounding.  But throw in the Russian implications and Trump’s fanning the flames with his remark about them sharing the missing E-mails with the FBI.

Could things get any crazier?  I’m afraid that unity within the human race - no matter what county - is the biggest pipe dream you have ever dreamed up (and don’t forget that Homo sapiens means “wise or rational ones”).

How many times over the years have you found yourself voting for the lesser of the two evils?  You’ve got to admit that this year has taken that cognitive dissonance to a whole new level.  The question is - is there any going back?

I’ve said this before and I’ll say it again - the only way for you humans to avert widespread societal calamity is to, individually and collectively, get in charge of yourselves psychologically.