If Humans Could Only Communicate Half as Well As Us Animals! 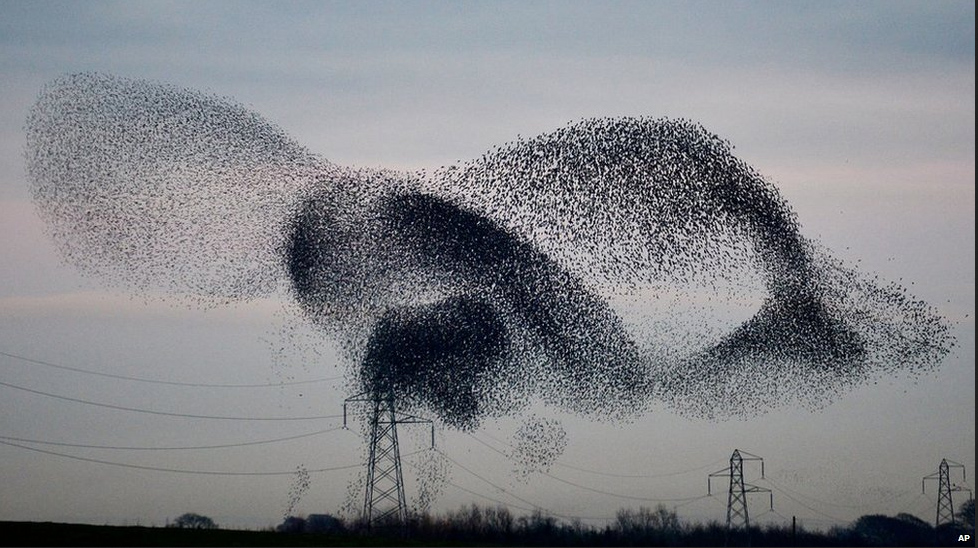 Years ago if you were playing tennis or pinnacle how many of your friends, other than the ones you were playing with, were doing the very same thing?  But the next time you’re on the computer - particularly on FB, Twitter or Instagram - notice how many “friends” are doing the same?  Odds are - it’s a hell of a lot!  (And that could include someone who is driving!!)

Now, is that a good thing; I certainly don’t think so because some who need it, could be out getting beneficial exercise and fresh air.

I know that you humans are proud of your ability to communicate instantly through technology, but give me a break.  It’s nothing compared to a starling murmuration or a school of fish forming a bait ball trying to survive from being eaten.  You’ll never even come close to communicating with each other like animals that have a brain 1/20th the size of yours; literally thousands of them can move together as if a single entity. 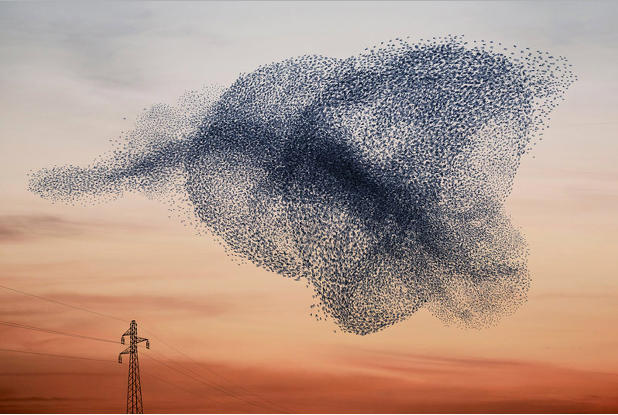 Yet Homo sapiens consider yourselves to be “the wise ones”!  How many of your are leaving your mark on FB?  Here's an intertesting message I came across the other day while perusing my FB page. 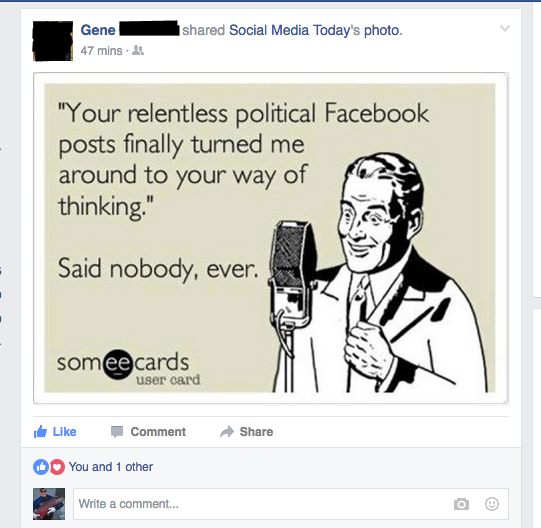 Call me an idealist and a dreamer, but do you know who needs to talk to each other?  The Democrats and Republicans, particularly Mitch McConnell and Harry Reed; the Black Lives Matter people and the police; the environmentalists and the antis.  PLEASE, will most of you communicate, in one way or another, with a psychotherapist or psychiatrist so that you are better able to communicate with each other.  It's obvious that damn few of you are on the same page.

It’s my contention, then, that the human race must get in charge of itself psychologically, and I’m talking individually as well as collectively, if you’re ever going to come together and work through the myriad of social issues that fall alarmingly under the category of uncharted waters.  Being a fish, my concerns lie mostly in the environmental realm; hence, the appropriateness of the article below. 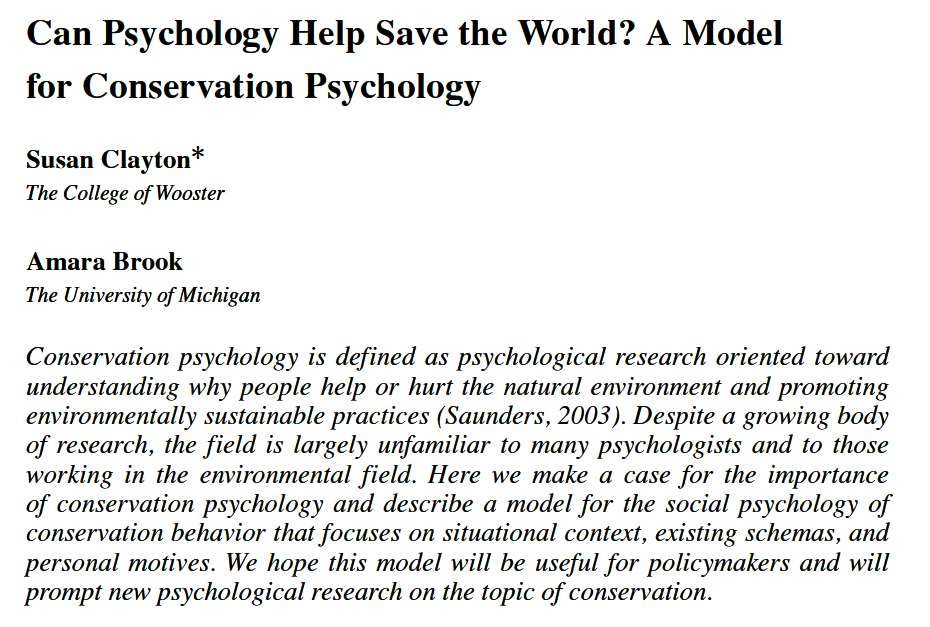 Pay particular attention to the last sentence of that paper's abstract - I hope that through psychology you humans will not only conduct new research regarding conservation, but your conversations about conservation and other important issues vastly improve.  It’s in your best interest and it’s in ours.  If you don’t want to listen to me, at least listen to one of your fellow human beings.