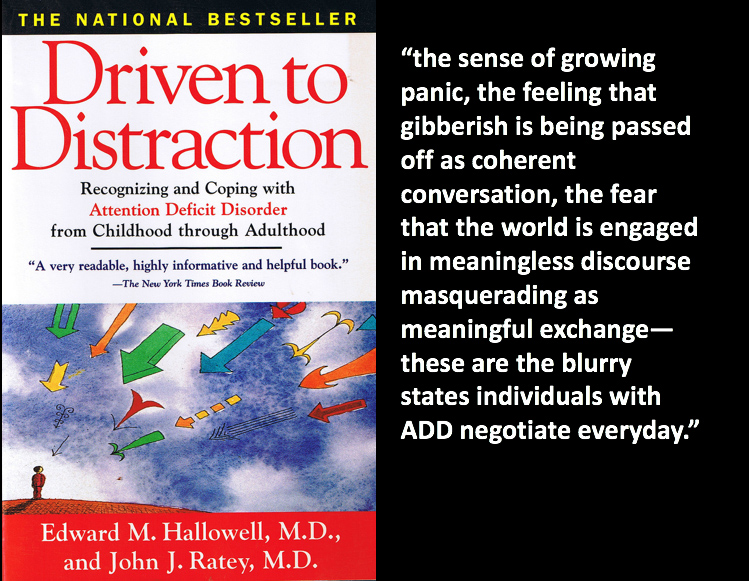 Gibberish is not just for those with ADD anymore!

This is a quote from a few days ago by Senator Lisa Murkowski, from Alaska, so I’d better call it what it is – The Quote of the Week.  Unfortunately, calling it that, is somewhat misleading, because if you recall, at the end of 2018, I did have a Quote of the Year that was the most spectacular for that year.  Suffice it to say, this quote by Senator Murkowski doesn’t quite top several of those lollapaloozas in Trump’s State of the Union Address.

Some people, especially proud Alaskans (including my good friend The Don Quixote of Fish Biologists), had hoped that the good Senator would show the independent/moderate streak she sometimes does and vote to convict.  But no, unlike Mitt Romney, she buckled under the peer pressure…and likely pressure from president Trump himself.

Here’s how her gibberish went: “His personal interests do not take precedence over those of this great nation.  The President has the responsibility to uphold the integrity and the honor of the office.  Not just for himself, but for all future Presidents.  Degrading the office by actions or even name calling weakens it for future Presidents…and it weakens our country.

All of this rotted foundation of the process, all of this led to the conclusion that I reached several days ago - that there would be no fair trial.  While this trial was held here in this Senate, it was really litigated in the court of public opinion.  For half the country, they’d already decided – there had already been far too much process.  They considered the entire impeachment inquiry to be baseless, and they thought that the Senate should dismiss the case as soon as it reached us.

The response to the president's behavior is not to disenfranchise nearly 63 million Americans and remove him from the ballot.  The House could have pursued censure, and not immediately jumped to the remedy of last resort.  I cannot vote to convict.  The Constitution provides for impeachment, but does not demand it in all instances."

An incremental first step, to remind the President, that as Montesquieu said, political virtue is a renunciation of oneself, and this requires a “continuous preference of the public’s interest over one’s own.”

Removal from office and being barred from ever holding another office of honor, trust, or profit under the United States, is the political death penalty.  The President’s name is on ballots that have already been cast.  The voters will pronounce a verdict in nine months, and we must trust their judgment.*

But at an earlier time, she said, “Based on what we heard, clearly a factor in that was the president was looking for a certain action from President Zelensky as it related to the Bidens. I believe that."

And a week earlier, she said this about calling witnesses before the Senate: "I worked for a fair, honest, and transparent process, modeled after the Clinton trial, to provide ample time for both sides to present their cases, ask thoughtful questions, and determine whether we need more.

The House chose to send articles of impeachment that are rushed and flawed. I carefully considered the need for additional witnesses and documents, to cure the shortcomings of its process, but ultimately decided that I will vote against considering motions to subpoena.

Given the partisan nature of this impeachment from the very beginning and throughout, I have come to the conclusion that there will be no fair trial in the Senate. I don’t believe the continuation of this process will change anything. It is sad for me to admit that, as an institution, the Congress has failed.

It has also become clear some of my colleagues intend to further politicize this process, and drag the Supreme Court into the fray, while attacking the Chief Justice. I will not stand for nor support that effort. We have already degraded this institution for partisan political benefit, and I will not enable those who wish to pull down another.

We are sadly at a low point of division in this country.”

I don’t know about you, but I’m not sure I follow that logic of not calling witnesses!

*Unfortunately, as you humans often say, the devil is always in the details.

To fall back on claiming that the average American is informed is the most laughable statement.  You would hope that in this day and age of the internet and cell phones, that humans would know what’s going on, at least to some degree.  But never before in the history of mankind, have Americans been so misinformed and disinformed.

The influence of Cambridge Analyitica orchestrated by Steve Bannon during the previous election will have repercussions far into the future.  And it doesn’t appear that Congress is all that interested in doing anything about!

Here are but two examples that “Facebook Friends” of my friend The Don Quixote of Fish Biologists shared on their pages, or commented on ones that were shared.  You tell me whether or not these individuals are well-informed: 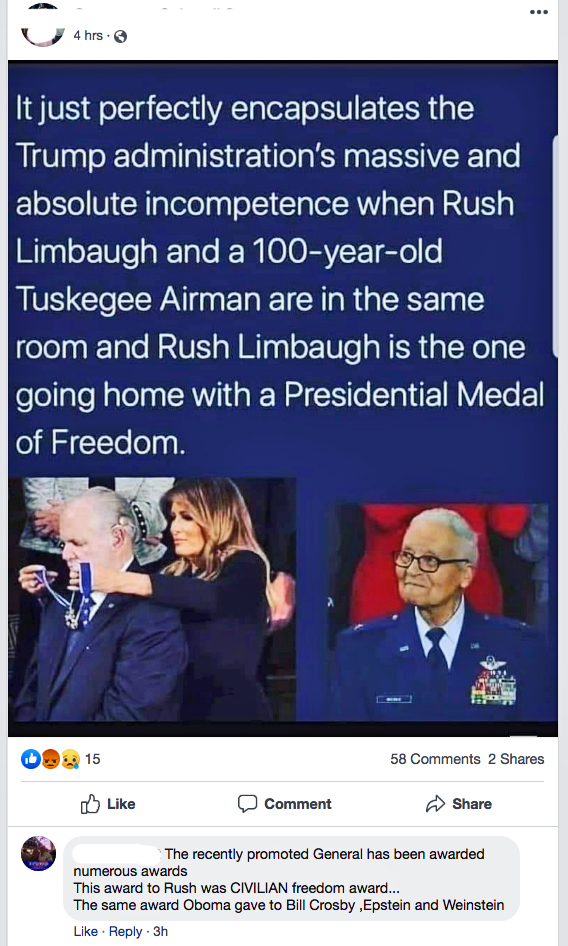 In this one the voter (that I’m certain will vote again for Trump in 2020) claimed that President Obama gave the Medal of Freedom to Bill Cosby, Jeffry Epstein, and Harvey Weinstein!  He’s wrong on all three accounts.  George W. Bush gave awarded it to Bill Cosby in 2002; as far as the other two – WTF!  How gullible can humans be! 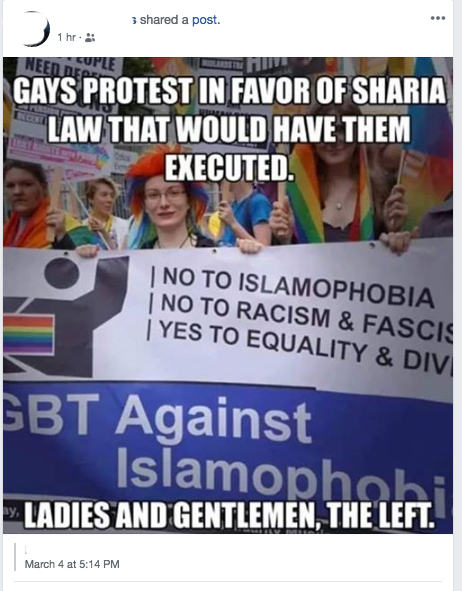 I’ll let this one speak for itself!

But I digress, so back to the topic of gibberish.

Lamar Alexander of Tennessee’s, with his hopeful gibberish, is giving Murkowski a run for her money.  He admitted that Trump had done something "wrong", but nonetheless, maintained the party line.

"I think he shouldn't have done it. I think it was wrong. Inappropriate was the way I'd say — improper, crossing the line.  And then the only question left is who decides what to do about that.

Chuck Todd on Meet the Press asked why he thought that Trump didn’t handle it properly.  To which Mr. Alexander’s responded:  "Maybe he didn't know to do it.”

Are you sitting down?  When asked if he thought Trump would continue his actions if acquitted, Alexander believes that Mr. Trump will “think twice” about his future actions.  In his exact words:  "I don't think so, I hope not. Enduring an impeachment is something that nobody should like. Even the president said he didn't want that on his resume. I don't blame him. So, if a call like that gets you an impeachment, I would think he would think twice before he did it again."

He really didn't say that did he?  That one takes the cake, folks.  Here it is early February, but if I were a betting fish, I’d put my money on that one being the 2020 Quote of the Year!

All I know is that if I lived in America, I’d be embarrassed to say that I was American.