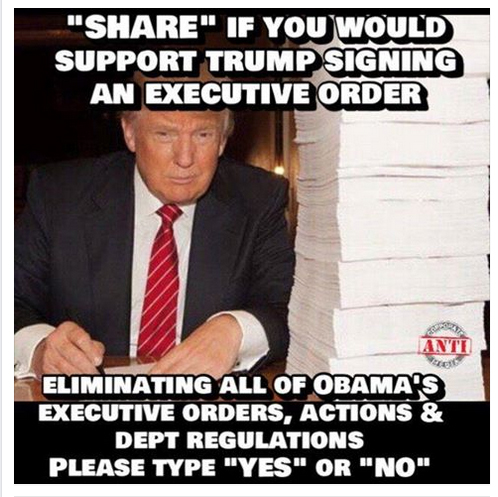 I've said this somewhere before, but I feel compelled to say it again.  Don't you humans realize that in this day and age, with so many pressing issues, that you must be as efficient and effective as possible?  I've lost track of how many times I've heard one of your politicians claim that you are vernturing into "uncharted waters".  Maybe that picture on the left plays a big part in that!

Here you have the possibility that the Trump administration will undue much of what the Obama administration did (the Affordable Care Act being only one).  Now I'm not going to point the finger at Trump; this same thing often happens every eight years.  Instead for progressing forward, you spend trememdous amounts of energy (physical and carbon based) trying to undo what the other did.  If I tweeted like President-Elect Trump does, here's what I'd tweet, "Such a waste!"

Somehow you've got to break the cycle.  The salmon have a cycle of life that's been going on for hundreds of thousands of years, and it should continue unless you continue to degrade aquatic habitats or overexploit them (we'll discuss the potential for all that at a later time).  Their cycle is based on efficiencly, which is what nature is based on.  Have you ever seen anything wasted in nature?  I haven't.

But if you don't break your cycle, I'm afraid that it will bring your country to collapse...and compared to how long the salmon cycle has been around, your collapse will be in the blink of an eye (and not my eye, because I can't blink since I have no eyelids).

You've heard me say this before, and you'll be hearing it a lot in the coming year - please get in charge of yourselves psychologically!