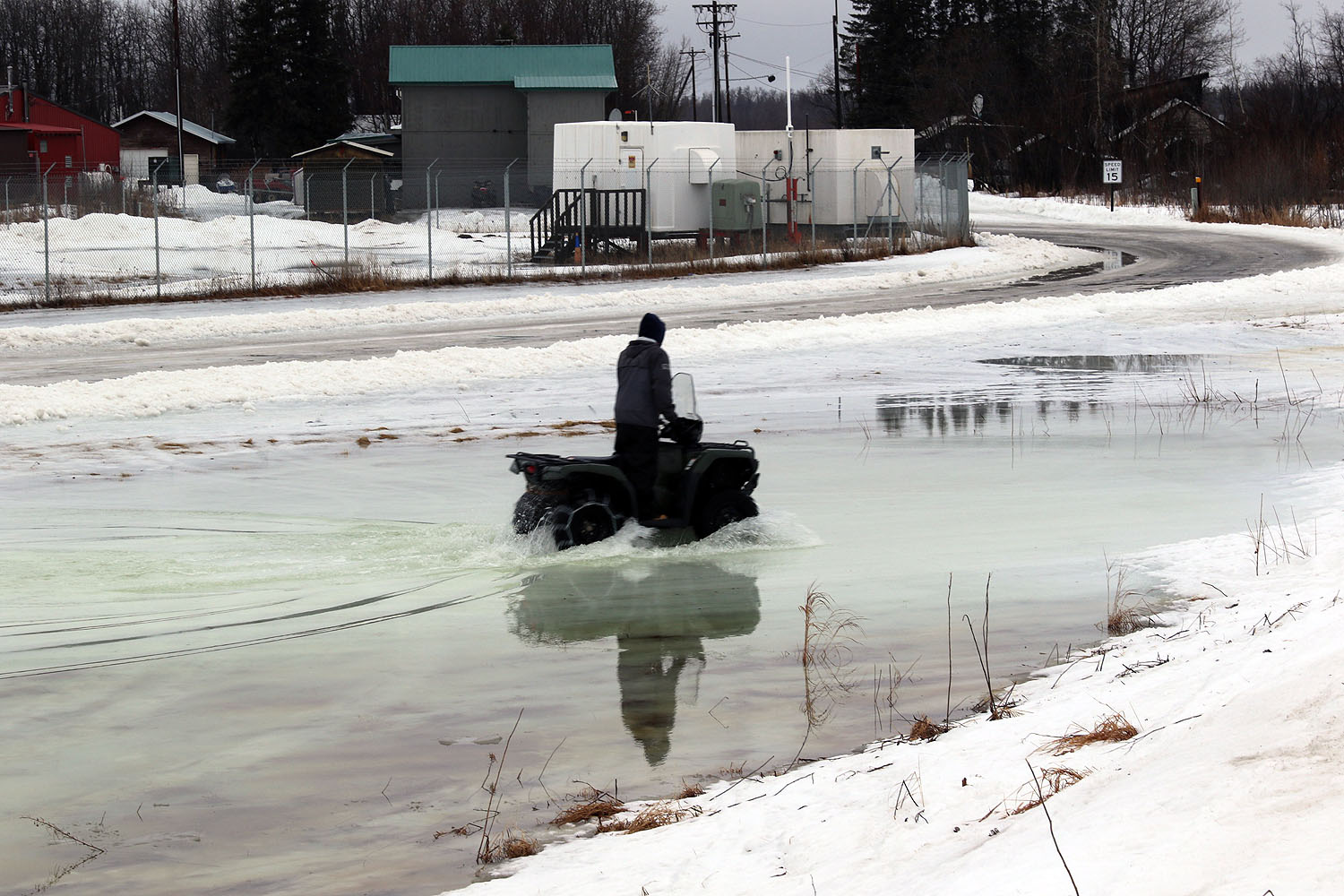 My good friend, the Don Quixote of Fish Biologists (a.k.a. DQ), felt alone one week ago today - Super Bowl Sunday.  He lives in a remote Alaska Village, and many of his friends were glued to their gigantic screens watching – what else?  You guessed it, Super Bowl LIII.

While they were partaking in the festiveness of the event by gorging themselves on chicken wings, guacamole and chips, beef sliders, decadent desserts, and copious libations to the point where the Roman Emperor Heliogabalus would be jealous, he was busy Facebooking his concerns over climate change.  During his deep depths of despair, more than once he posited that very few of his friends in his quaint village was giving the environment a second thought...especially the size of the carbon footprint such an extavagant event as the Super Bowl had.

Why was he so focused on climate change?  For starters, it was 40-degrees outside his door, and this corner of The Last Frontier was experiencing its 5th meltdown of the winter. 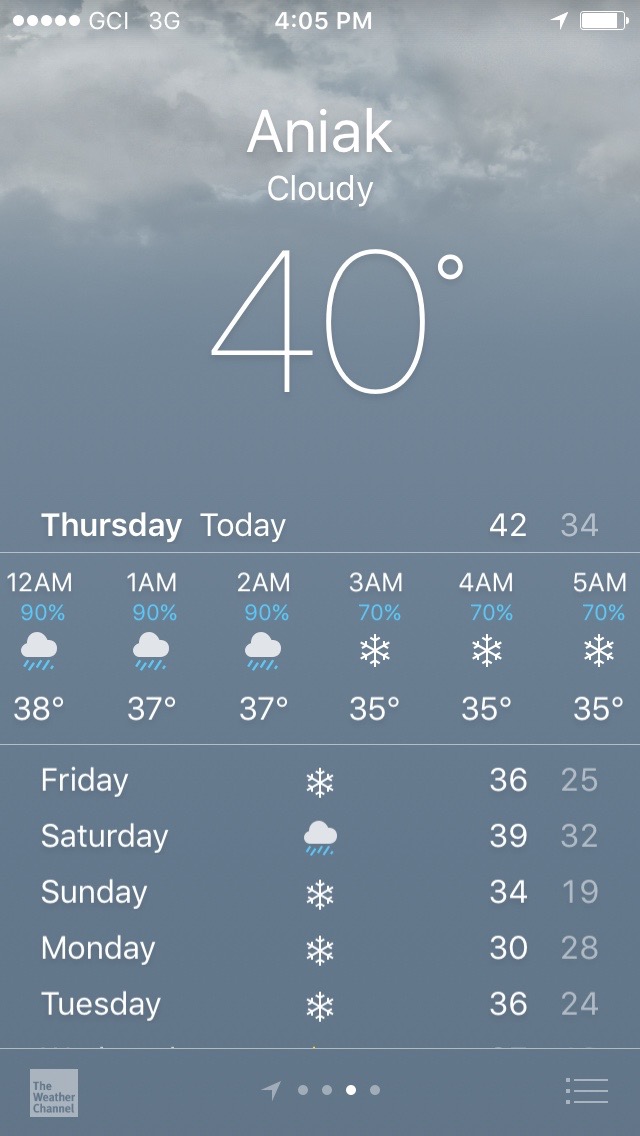 It had been warm for nearly a week, and the end of unseasonably mild temperatures was nowhere in sight.  Here are some pictures of what the Kuskokwim River at Aniak looked like during that time. 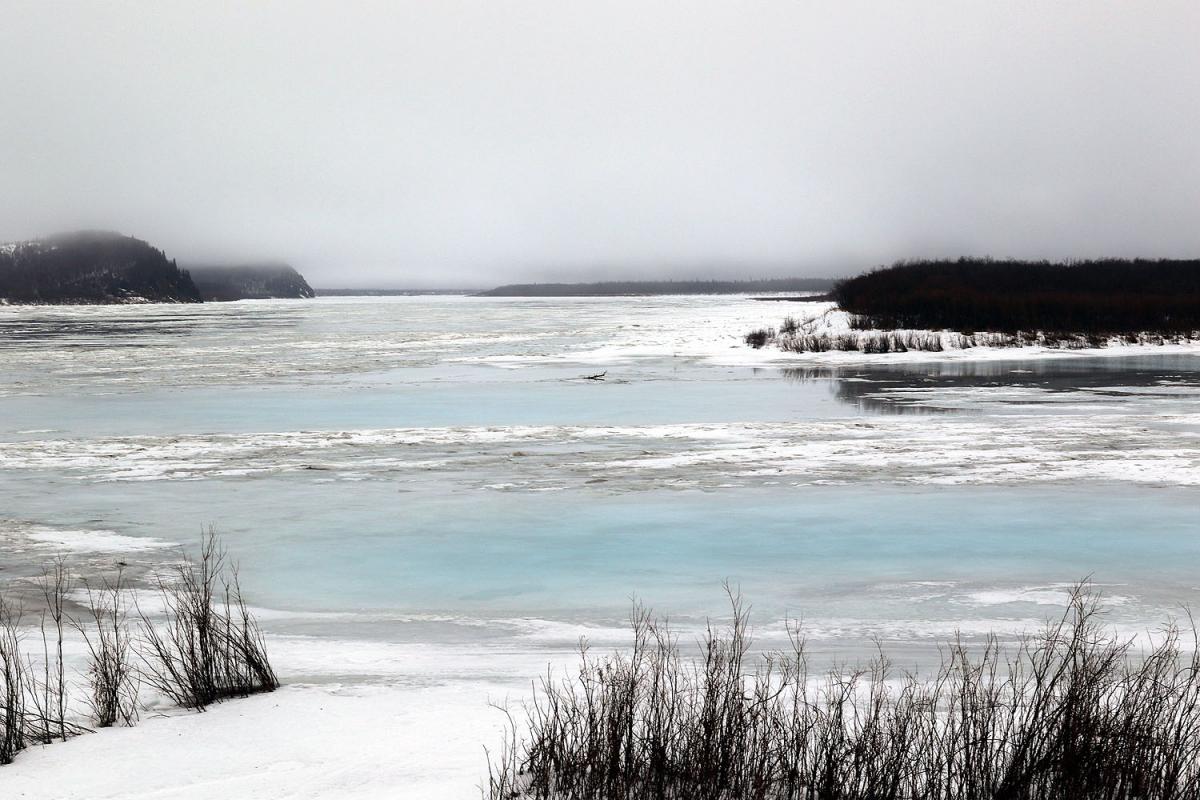 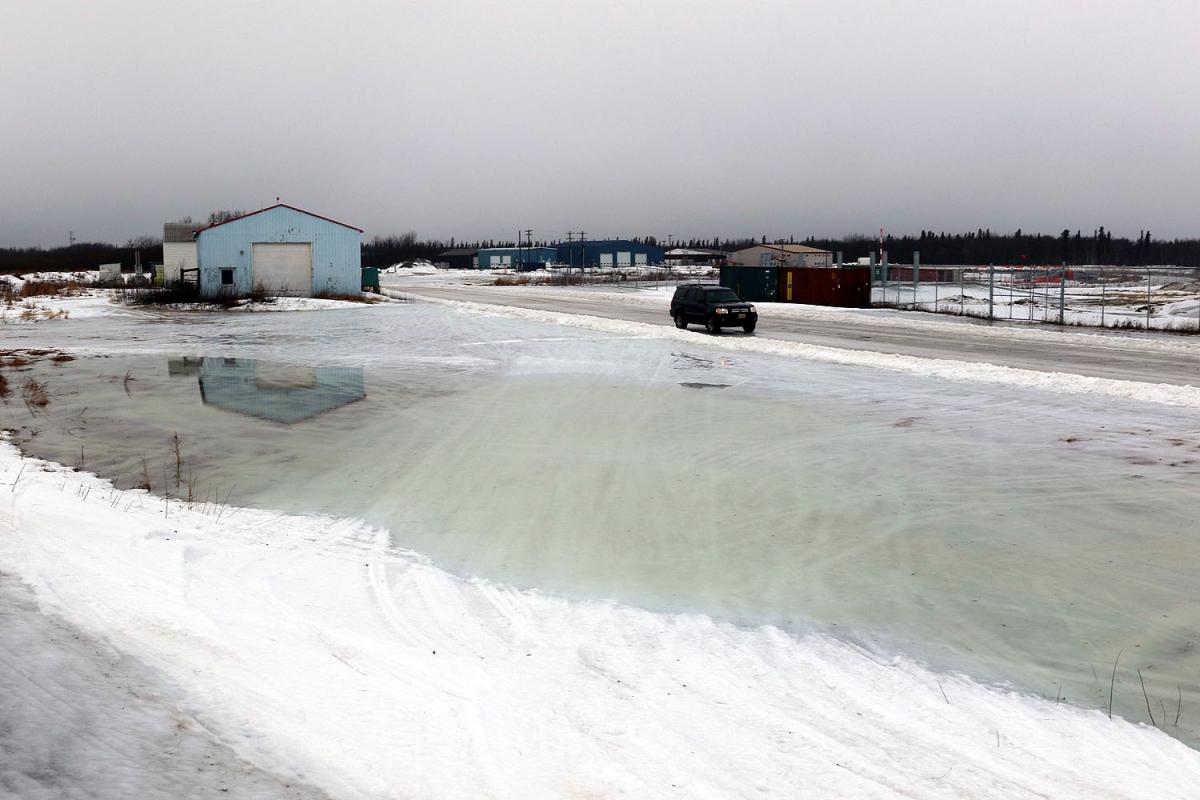 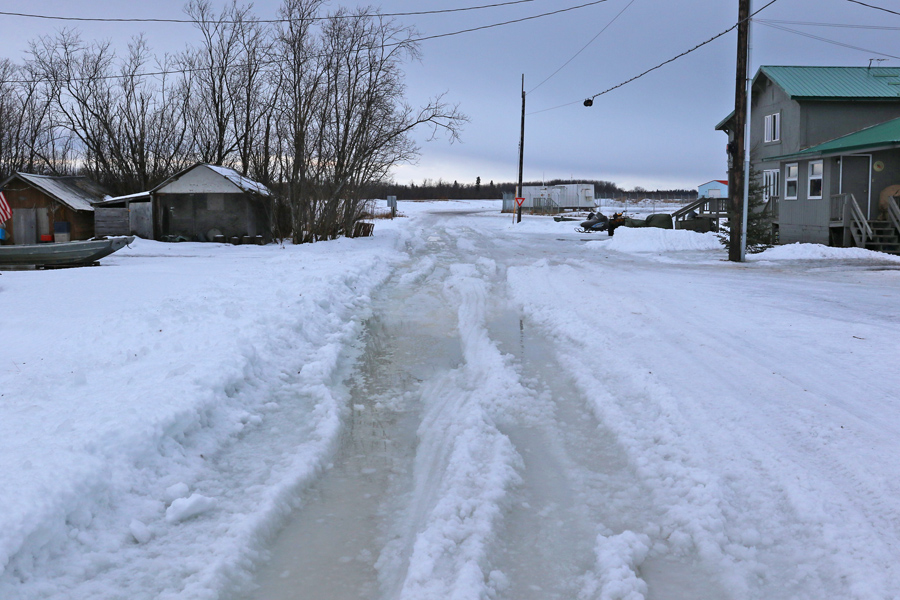 After the hoopla of the big game ended, and his friends got back to normal life, he had hoped that his posts would strike a nerve with his fellow man…convincing them that we all must do better to live more sustainably and reduce our carbon footprints.

However, his messages seemed to fall on deaf ears.  While discussing the horrendous condition of the thawing side roads, that were so slushy that he nearly got the school bus stuck, his deeply religious friend didn’t buy into his assertion that the recent spate of unseasonably warm weather had to do with the ever-increasing output of CO2 emissions.

No, his devout friend pointed out that it was possible that the climate was reverting back to the time of Adam and Eve when the earth had some type of protective barrier between the earth and the sun, that moderated our planet’s temperature.

DQ knew that he wasn’t going to change his friend’s line of thinking, so off he went for his morning bus run.

When he arrived home, he did what most people addicted to Facebook do these days…he immediately checked his FB page.  There was a response by another resident-friend of the region; an airplane pilot jested that float plane season was just around the corner.  Feeling obligated, DQ acknowledged the response with a smiley face emoticon, then retorted by saying it would be funny if it weren’t sad and scary; hoping it would elicit a sincere concern over what the implications of climate change really are.

You can see for yourself that that didn’t happen. 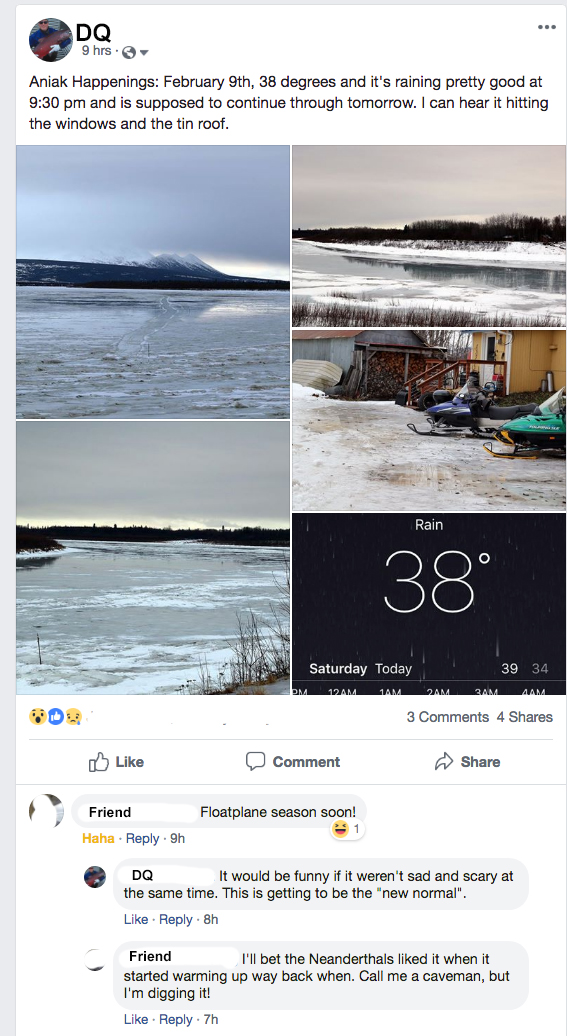 My friend DQ knows that someday, everyone but the most irrational climate denier will readily acknowledge that mankind has defecated in our nest in a terrible way…at least almost everybody.

He sometimes jokes with friends that when the end of times comes, there will be two people standing - an environmentalist and a religious fanatic.  And they’ll be arguing over whether or not it was brought on by man’s disregard for the environment or God’s will (not to mention Adam and Even and their commission of sin).

* Taken from the article by Joseph Farah linked above:

However, before the climate-change lobby begins celebrating a convert to the cause, let me say unequivocally that my acceptance of past, current and future changes in the climate – including those with potentially catastrophic results – has nothing whatsoever to do with an increase in carbon dioxide in the atmosphere due to the activity of mankind.

Instead, I have concluded that previous climate catastrophes have been the result of another activity of man – the commission of sin.
Read more at https://www.wnd.com/2017/01/what-the-bible-says-about-catastrophic-clima...

While Al Gore and the carbon-phobes have no evidence to support their dire predictions of imminent doom other than computer modeling, those who take my position actually have more than 6,000 years of biblical and historical patterns along with the inerrant Word of God.