American Politics - As Pulp Fictionesque As It Gets 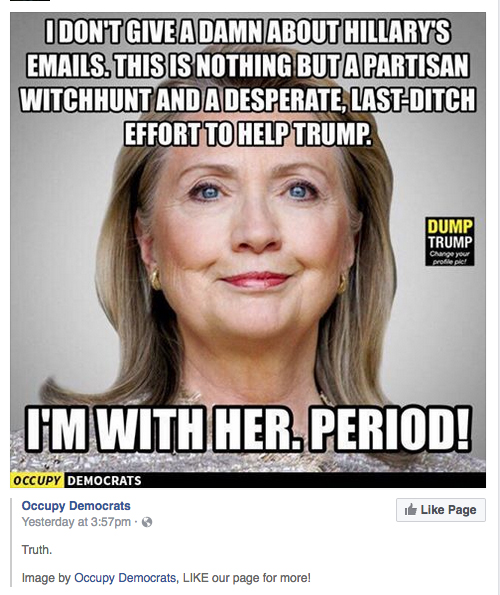 I've not had many posts dealing with the environment here, but frankly there are too many crazy things going on in American politics that are overshadowing environmental concerns.  If you've been noticing, there has been a paucity of environmental discourse over the past few months on American news...even during the Presidential debates.

However, the results of next Tuesday's election can have major implications on the future of the environment...and not just in America.

It's no secret that Donald Trump will not push for any environmental protections...on the contrary he'll do his best to abolish many that are in place.  We'll leave that topic for another time.

With Hillary's ties to banks and corporate America, she may claim to be working in favor of environmental causes - but I'm not sure how sincere she is.

As the accompanying photograph shows, no matter what the accusations or actual foibles (and that's putting it nicely) of each candidate, the tried and true supporters stand with them all the way...no matter what!

Being caught up with the ever-increasing divide among the two major political parties in America, I've been working on a post about that and how bizarre your politics have gotten with the theme that life - at least your lives - are stranger than fiction.

I know that I can get carried away to the point where some may call me cynical, but honestly folks I'm trying to tone it down.  My thoughts about how to succinctly pen the most recent events have been all over the board...I'm having a hard time wrapping my head with its pea-sized brain around it all.

But I came across an article by a writer, a writer of fiction no less, who is also amazed at how things have evolved, especially within a week of election day.

Here's an article by Bill Blum that ties all the twists and turns in with the crazy cast of characters and their connections over the years, one that even has the name of Weiner.  As he notes, you couldn't make this stuff up! http://www.truthdig.com/report/item/comey_clinton_weiner_and_our_descent_into_pulp_fiction_democracy_20161104